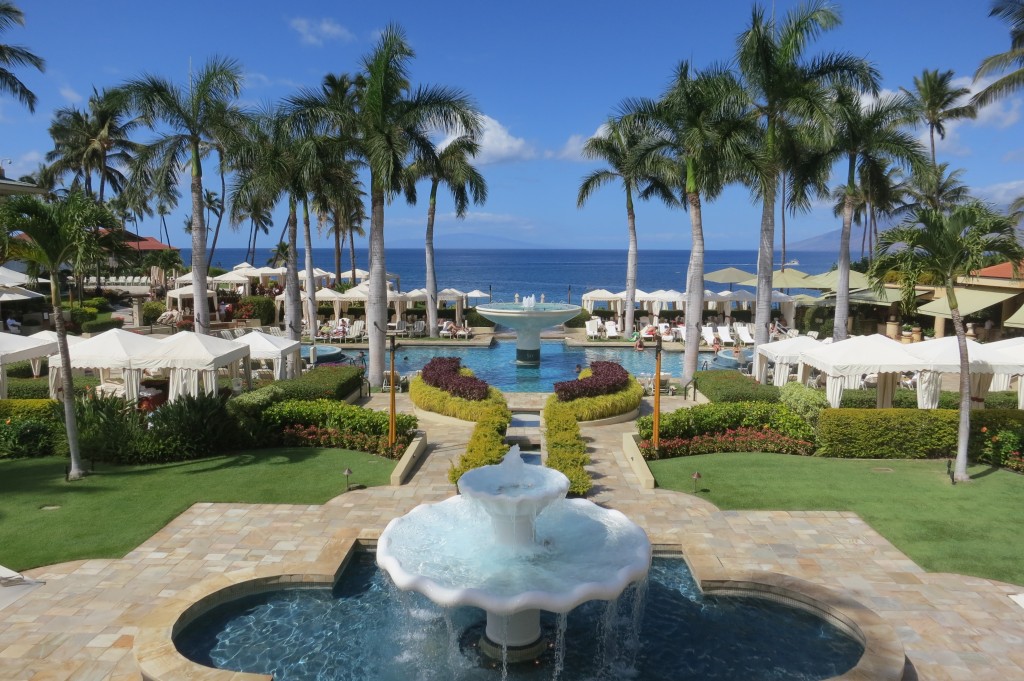 Four Seasons Resort Maui at Wailea has announced the 3rd Annual Vintage Wine Weekend event in Maui, set for December 5-7, 2014 at the award-winning Resort, Maui’s only Forbes Five Star property. In addition to a full wine program, this weekend will also include exclusive evening performances by violin virtuoso, Elizabeth Pitcairn, owner of the world-famous 1720 “Red Mendelssohn” Stradivarius violin, known as the “Red Violin,” and also by legendary Hawaiian guitarist, Makana.

Dubbed “The Best Little Wine Event in the Pacific,” the weekend event will begin with an exquisite December 5 Oceanfront Gala, featuring a menu developed and prepared by Four Seasons Maui’s Master Executive Chef Roger Stettler, and accompanied by a selection of more than 40 wines provided by the guest vintners and other selected wineries, all chosen by Viernes. Action stations will be set up across the wide expanse of the scenic oceanfront lawn. The menu will feature local Maui produce and seafood, personally presented by area farmers and fishermen. Viernes and the featured winemakers also will be in attendance at this intimate evening wine and dinner event.. Setting the mood and providing entertainment is Makana, legendary Hawaiian master slack key guitarist whose artistry is hailed internationally and whose work has been featured on three Grammy-nominated albums, including the soundtrack of the Academy-Award winning film “The Descendants,” starring George Clooney. Price: $165 per person plus tax and gratuity. A portion of the proceeds for the evening will support Grow Some Good, a Maui nonprofit community program dedicated to creating learning experiences for children to cultivate curiosity about natural life cycles, connect children to their food sources, and support nutrition choices.

The second night, December 6, will be a VIP “Private Cellar” Maui wine tasting event, inspired by the raucous La Paulée parties, the time-honored celebrations in Burgundy where winemakers would compete to bring the best bottle of wine. Guest winemakers, sommeliers and Four Season Resort Maui break out some of their treasured library wines for a fun-filled evening, sharing some of the great wines of the world, indulging in inventive culinary creations from Master Chef Roger Stettler, and making new friends. This event is for the wine aficionado, as guests are asked to bring a cherished bottle of wine to share in the spirit of friendly competition. The guest who brings the bottle that is voted “best” will be awarded a three-night stay and $500 credit at the Resort. The dinner and wine tasting event is priced at $195 per person plus tax and gratuity and a bottle of wine.

The weekend will conclude with a classical violin performance by Elizabeth Pitcairn, the celebrated American violinist who owns and will perform on the famed Red Violin, crafted by Antonio Stradivari. The violin vanished for more than 200 years, creating speculation on its mysterious past. Pitcairn’s grandfather purchased the instrument at auction in 1990 and the auction inspired the Award-winning 1998 movie, “The Red Violin.” A special four-course gastronomic menu with a modern approach and classic twist will be paired with limited production, ultra premium wines selected from the Cardinale Estate, a Jackson Family Wine Collection, Napa Valley, under the watchful eye of winemaker Christopher Carpenter. Price: $295 per person plus tax and gratuity.

“The Vintage Wine Weekend seeks to marry some of the world’s finest wines, vintners and sommeliers with the sounds of a rare classical violin played by Elizabeth Pitcairn and Makana’s masterful guitar playing. When mixed together with the culinary acumen of our master executive chef, it becomes a masterfully orchestrated celebration,” says Jean Claude Wietzel, general manager. It is definitely going to be a weekend experience like no other.”

About Four Seasons Resort Maui
Maui’s first and only Forbes Five-Star resort is nestled on 15 acres of the breathtaking Wailea Coast. The 380-room oceanfront property is world-renowned for its comfortable opulence, impeccable service, luxurious amenities, and for living in harmony with its environment and community. The resort in Maui is also home to one of the nation’s top-rated spas committed to wellness and three of Hawaii’s most acclaimed restaurants – Ferraro’s Bar e Ristorante, Spago Maui and DUO, a premium steak and seafood restaurant. This sophisticated home away from home caters to the needs and interests of all generations offering world-class activities and one-of-a-kind Unforgettable Events, a museum quality art collection, three pools overlooking the azure-blue Pacific Ocean including an adults-only Serenity Pool with exclusive Missoni-designed cabanas, and more. Four Seasons Resort Maui is a Hawaiian vacation destination geared to action adventurers, those guests wishing to practice the fine art of doing nothing at all, and everyone in between.