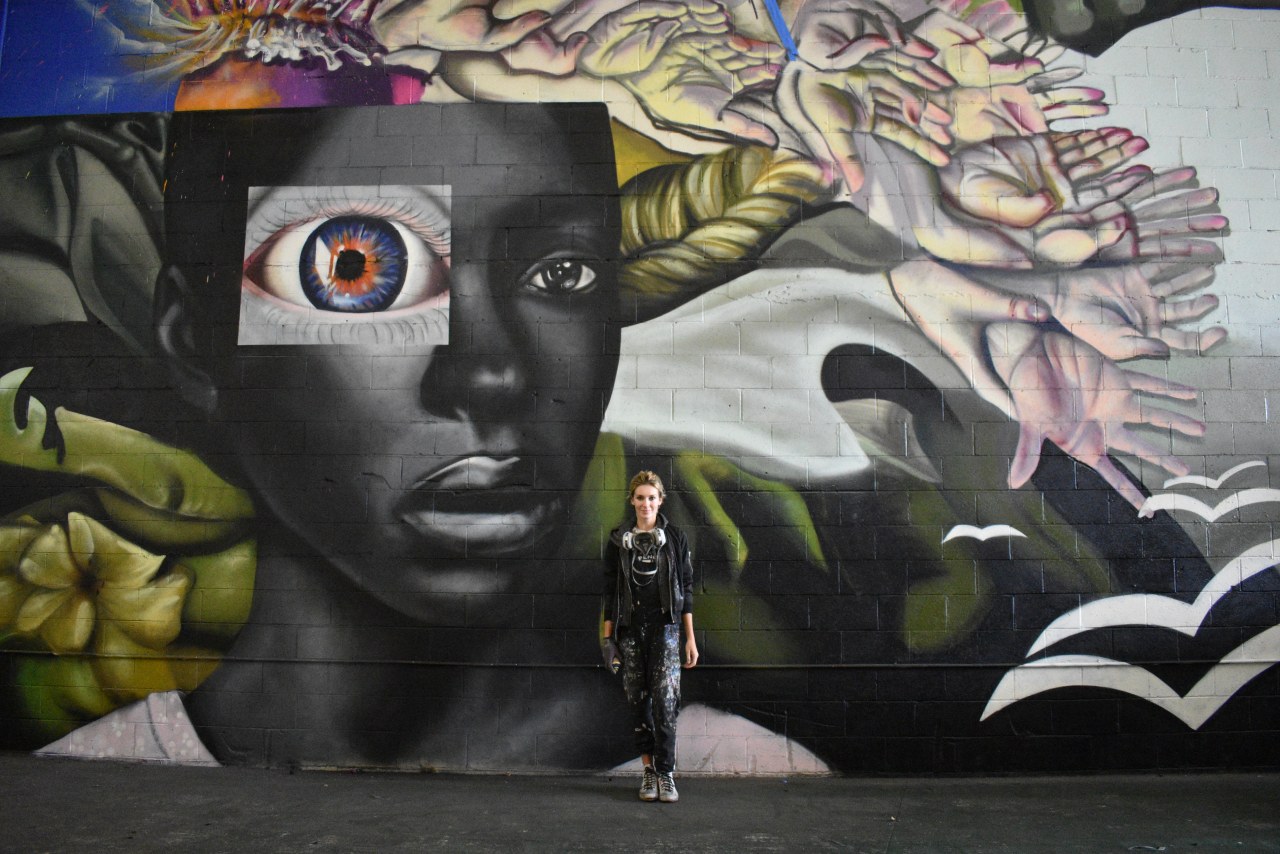 WHAT: Street artist, Elle, has created an original and striking art installation inside Sunset Marquis Hotel. Elle’s mural is part of the world’s largest global street art and human rights campaign “Education is Not a Crime,” in which renowned street artists from around the world create public works that raise awareness about education apartheid by Iran’s government against tens of thousands of Baha’is, and send messages of hope to those affected.

The installation is also the first of Sunset Marquis’ efforts to collaborate with street artists from around the globe, creating original art that adorns the walls of this legendary hotel (other artists to be announced in the coming weeks). These interior murals provide hotel guests and Angelenos with Instagrammable moments throughout the hotel that not only make for social media-worthy photography but also share a meaningful message.

WHO: Elle is a female graffiti and street artist turned muralist from New York, and currently based between NYC, LA, and Melbourne Australia. She is noteworthy for her use of diverse media on the streets including bus shelter ad replacements and fire extinguishers. Elle’s work has received recognition from the likes of Vogue, V Magazine, and Vice, among others. She has collaborated with Reebok and together they will release a capsule collection in 2017. Her work has been published in the following books: “Surface;” by Soren Starbird, “Outdoor Gallery”; by Yoav Litvin, “The Art of Spra”; by Lori Zimmer, “The Wynwood Coloring book” by Diego Orlandini, & ;”In Heroes we Trust” by Neely, and “Street Art Today – The 50 most influential street artists,”; and “Women Street Artists, the Complete Guide;” by Ian Castello.

Centrally located between Beverly Hills, Hollywood, downtown Los Angeles and the beaches, and mere steps from the world famous Sunset Strips, Sunset Marquis Hotel in West Hollywood, CA offers 152 renovated luxurious suites and villas intertwined within a 3.5-acre oasis of gardens and private retreats. Since opening its doors in 1963, the hotel has served as a home-away-from-home to rock legends, filmmakers, writers, actors and discerning guests from around the world. It features indoor and al fresco dining in its world-class restaurant, Cavatina, two heated outdoor pools, the iconic BAR 1200, and a full-service spa that’s open to local and out of town guests. Additional guest amenities include NightBird Recording Studios, home to numerous Grammy winning artists, and Morrison Hotel Gallery, featuring a collection of some of the most renowned celebrity photography, of which more than $1 million worth lines the walls and corridors of Sunset Marquis.

About “Education Is Not A Crime”
The Baha’is, Iran’s largest religious minority, are frequently jailed on false charges and denied access to higher education. There are 74 Baha’is currently imprisoned and more than 200 were executed in the early 1980s after the 1979 Islamic Revolution. Thousands of Baha’is are currently studying through an underground education system known as the Baha’i Institute for Higher Education (BIHE). Not A Crime is working to stop the human rights abuse of young people barred from studying because of their beliefs and is encouraging universities worldwide to admit Iranian Baha’i students. The education campaign started in 2015 with an Education Is Not A Crime Day (the last Friday of February 2015) and screenings of a film Bahari made called “To Light a Candle” — and now it has grown into a movement. Mark Ruffalo of “The Avengers,” Rainn Wilson of “The Office,” Desmond Tutu, the Nobel Peace Prize laureate and rights activist, and Shirin Ebadi, also a Nobel Peace Prize laureate, have spoken against the persecution of the Baha’is. Nearly 100 universities — including Stanford and Yale — currently accept the BIHE certificate.