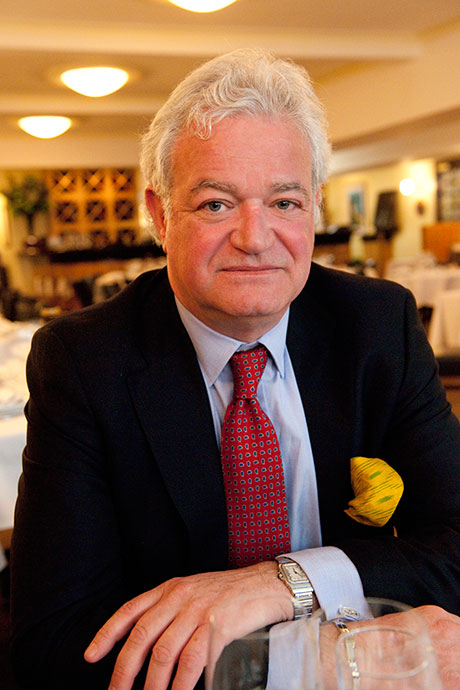 Among our many friends around this spinning globe, a chap named Gavin Rankin stands out. Mr. Rankin is the dashing Old Etonian whose Bellamy’s restaurant in London’s Mayfair, simply has no equal. No where in Great Britain is brasserie cuisine prepared and served with such competency. No wonder it is the Queen of England’s favorite restaurant (she’s been twice) and it is ours, too. Bellamy’s is almost always full of the posh elite chowing down on the finest classic French dishes which are sourced from only the best suppliers and then simply prepared. The wine list is decidedly French and, like a good club, deep and reasonably priced. Bellamy’s is called by many “London’s most civilized restaurant.” Somehow one feels Noel Coward would love it. He’d meet his match with Mr. Rankin, a raconteur of the highest level who charms debs and Dukes alike as he choreographs the action at his wonderfully decorated little spot. In addition to running a spectacular restaurant, Rankin is no slouch when it comes to writing. If you are lucky enough be on his mailing list, you will be highly amused by his ramblings. If not, let us share his latest below:

I have a stalker. Actually, I have had one for some months now without ever catching sight of him. (He feels like him; sadly not her). Often I sense that he’s behind me, but every time I turn around he’s gone. I have tried all the old tricks; stopping at shop windows to see what is reflected; kneeling suddenly to tie a shoelace with a sly sideways glance; ducking down alleys and re-emerging further up the street; but nothing has worked. No sighting. No positive ID. And still I could not shake this feeling of someone at my shoulder… and then not; a malign phantom in pursuit.

And now, finally, I have met him. It happened quite suddenly and I knew him at once. He was called Sixty. I am fortunate, of course, in looking some 20 years younger and although, at this time-stone, no longer perhaps the wild-eyed Byronic loner poised roaring at the edge of the abyss, still not yet something in slippers either.

I have been waiting gloomily for Brexit and the introduction of compulsory Morris Dancing. I imagine my fellow restaurateurs having to operate, in the future, self-service restaurants with trays being handed out for want of a readily available and willing European workforce. All those wonderful French, Italians, Poles, Portuguese and others could well become a distant memory. We greybeards will tell unbelieving young listeners tales of mythical creatures : such as barmen, headwaiters and wine waiters. We will talk of tablecloths like snowy fields; glasses polished like diamonds; and armouries of shining silver – and they will think us mad.

Still, for the optimistic sexagenarian, there are distractions. I have not, (like some I could mention), resorted to leather jackets and motorcycle catalogues. On the advice of my friend, the beautiful Cosima Bugel, I did, however, rent a snappy open-topped car in Spain to attend my godson’s wedding. Driving cross-country from Malaga to Ronda, I whizzed along beautifully laid out, empty, European-funded roads, which wove between newly-shorn cornfields clinging to the sides of steep hills made golden by the sun. Eagles circled lazily above with thoughts of lunch. Feeling exposed I pressed on. Later came yet steeper hills, spotted with legions of staunch olive trees paraded in an arid terrain. Then, about halfway to Ronda, I entered a strange rolling lunarscape with a long ragged line of giant, light-silvered, wind turbines. With enormous waving arms, like something dreamed up by Cervantes with a bit of help from Dali, they resembled alert sentinels that seemed to stride across the land, urging all to turn back.

Arriving happily in Ronda with its ancient bullring and a cathedral built on a mosque, built on a church, built on a temple to Diana, I found myself lost in a small square filled with bustling cafés. Asking a harassed waiter for directions he pointed vaguely to a road leading downwards. I drove quickly towards it only to discover – way, way, too late – that it was a flight of steps…

The wedding itself was a triumph of imagination and organisation by Harry and Susan Wyndham – the bridegroom’s parents. My godson was marrying a Lebanese girl of immense beauty and brains. I only hope that he can keep up. Following a non-denominational wedding service featuring a Flamenco choir, there was a huge dinner in the country in a tent decked out like something from the Arabian nights. The dancing opened with us all linked in an enormous, fast moving, joyous circle. Talking breathlessly to a Beiruti lady I suggested that somewhere in the world other Lebanese were dancing like this; Greeks were doing it; Jews were doing it; Arabs were doing it; even the Scots were doing it (although, in their case, probably just to keep warm.) What is the problem? ‘Politicians’, she said darkly. 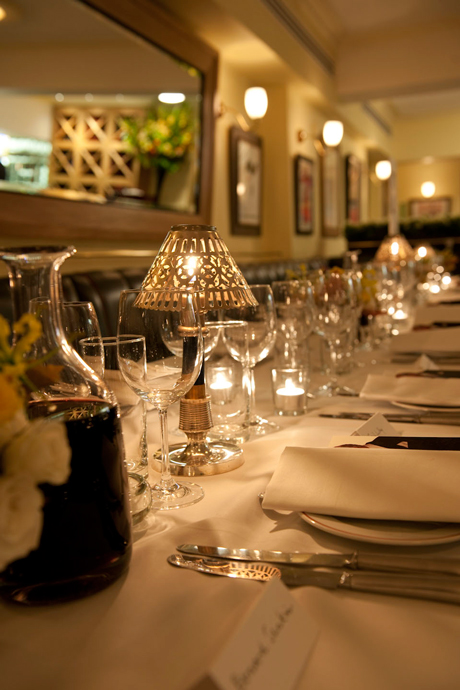