Under the direction of award-winning Corporate Executive Chef Randy Waidner, the restaurant receives and serves the freshest seafood available to guests daily. 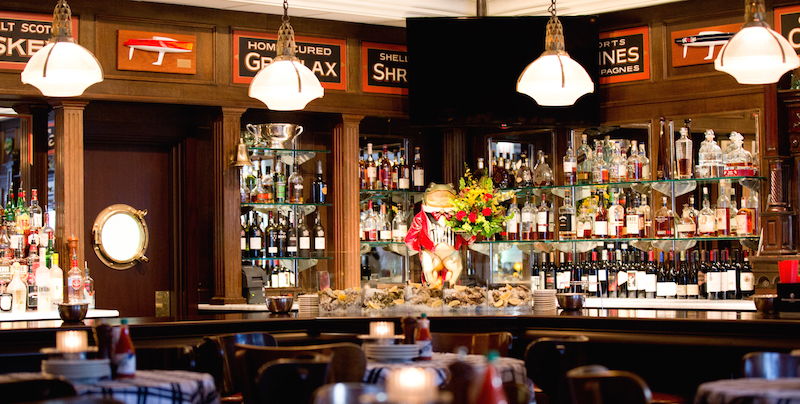 Hugo’s boasts an extensive wine and classic cocktail list, as well as an impressive array of signature desserts including Muddy Bottom Pie, Key Lime Pie and more. The bar offers a wildly popular oyster happy hour and upscale nightlife scene, including lively piano bar-style entertainment each night. The New York Times has praised Hugo’s saying, “The fish could only be fresher if it swam in by itself.”

We reveled in chowder and lobster bisque, briny $1 oysters, lobster tails and Alaskan king crab which is flown in daily. Then we tried the pan-fried grouper, jumbo lump crab cakes, and some sautéed frogs’ legs. We finished with a perfectly grilled Porterhouse steak. Heaven. And the service was dazzling, friendly and sharp.

The restaurant has three locations in Chicago, Naperville and at the Rivers Casino in Des Plaines. Hugo’s Frog Bar & Fish House on Rush Street is open for dinner daily at 3p.m. Reservations may be made by calling (312) 640-0999. For more information, visit http://www.hugosfrogbar.com. Like Hugo’s Frog Bar & Fish House on Facebook, and follow @HugosFrog on Twitter and @HugosFrogBar on Instagram.